Tyler and his roommate, Hayden, were our first clients to relocate to Budapest, Hungary and turns out it's an awesome place to live (I'm part Hungarian so I'm biased, but really - it's great). Good internet "I rarely had any problems with our internet connection", low cost of living/rent compared to other EU destinations and a close-knit poker community check most of the boxes in our opinion. Also - pretty good food (did someone say apple strudel??).

Just take your time with learning the language! For fun, because we're nerds, we take a peek at the longest word in Hungarian (with 44 letters) below.

Poker Name/types of games you play:

I was introduced to poker back in 2009 and played MTTs almost exclusively up to Black Friday. When I first started living in Budapest I still played MTT's but that changed quickly when I met some really talented cash game players that also relocated to Budapest. They coached me and now I currently play mid-stakes cash games.

You and your roommate decided to move to Budapest Hungary so he could study while playing poker; had you ever been to Europe before?

This was my first time going to Europe so naturally I was a bit nervous, especially since I'd be living there for an extended period.

How did you find the experience with Poker Refugees regarding getting set up in your new home, with a bank account and back on Pokerstars?

From securing an apartment, to helping us with Stars document verification and setting up bank accounts, Poker Refugees was a huge help with virtually every facet of the relocation. About three weeks prior to the move, I communicated with Kristin almost daily and she answered all of my questions. In addition, she did heaps of research to ensure our relocation was as seamless as possible. 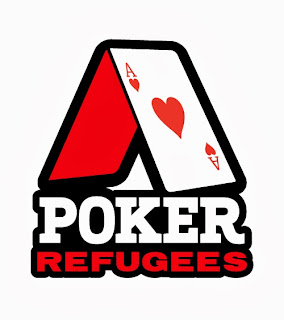 Thanks Tyler! Happy to be of help! :)

Was your roommate able to balance school with playing online poker?

Yeah I think he did a pretty good job with it. I know his program wasn't too rigorous so that afforded him a ton of time to play.

How long did it take you to adjust to life in Budapest?

There was definitely some culture shock when we first arrived mainly because wherever you walk people are speaking a language that is impossible to understand for English speakers. In 99% of situations there wasn't a problem with the language barrier, as most everyone speaks English as their second language. But within a week, I was used to it.

Has living abroad changed your perspective on “home” or do you miss the US?

I lived in Budapest for 6 months and as much as I enjoyed it, I did start to miss home, but that's natural I think. Within three weeks of coming back home to the US, I started to miss Budapest and my friends there. I wasn't much of a traveler prior to going to Europe, but after I visited several amazing places while abroad I've more or less caught the travel bug.

What are the best poker hangouts in Budapest and how many players live there?

From my knowledge there are anywhere from 20-40 poker players living in Budapest that moved there from the US, UK, and various other European countries. I only met 7-10 of them and became close friends with a handful of them. Prior to when I arrived in Budapest, a relocated player from the US who I met on 2+2 invited me into a Facebook Group (aptly titled: "Budapest Meetup for Distinguished Gentlemen of Extraordinary Aptitude" we might add) that was solely for poker players living in Budapest. The Facebook group served as way for poker players to ask others questions or just to meet up and do things together.  As for the nightlife, there are a ton of awesome clubs and bars in Budapest, including one of my favorite places that had a open rooftop area with terrific views of the city.

What makes Budapest such a great place for poker players to live?

Budapest is very unique in the fact that it is quite modernized, yet very affordable. Everything from rent to food is probably about half the cost of the US. In other words, more is less. I rarely had any problems with our internet connection which is obviously a very important factor when it comes to choosing a place to live. I've heard of some places like Thailand where connection issues are a regular occurrence. Besides nightlife, there are plenty of things to do in Budapest--they have movie theaters, bowling alleys, golf courses, etc.

How did your friends and family react to your decision to move?

For the most part I think everyone was excited for us to go. My parents couldn't have been any more supportive.

What advice would you give to someone who’s thinking of moving out of the US?

Go. As for where to go, I think that Europe is a terrific place to start. If you want to travel, the diversity of cultures within a small geographical area is simply unbeatable.

What’s next in poker for you?

That's tough to say. I'd like to play some more live poker in the near future. I think I'll go back to Europe in the near future so maybe I'll play in an EPT or something. But for the most part, continuously getting better is probably my biggest goal.

Thanks for sharing your Europe experience with us, Tyler!

Now for a language lesson! Fun Fact: According to Wikipedia,
Megszentségteleníthetetlenségeskedéseitekért, with 44 letters is one example of a long word in the Hungarian language and means something like "for your [plural] continued behaviour as if you could not be desecrated". Below, a nice local helps some lowly English speakers pronounce it: